At Brent Warren Law we are dedicated to providing practical, client-centered legal services. Whether you are buying a home, starting a business or planning for the future, we will work hard to help you reach your goals. 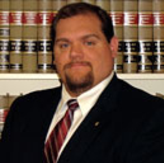 The Warren report: Brockton High product was there for Brady's early days

Attorney Warren is a 1998 graduate of Syracuse University having received his B.A. in Political Science, followed by a Juris Doctor from New England School of Law in 2007, where he was named a New England Scholar. Following admittance to the Massachusetts Bar, Mr. Warren practiced with the Law Firm of Frenette & Dukess.

Prior to his career in law, Brent enjoyed winning multiple football championships while at Syracuse University as a three-year starter on the offensive line. A three-year career as a professional football player followed college, with Brent playing for several teams including the New England Patriots and the New Orleans Saints. After retiring from football, Brent engaged in general contracting for several years as a co-owner in a family run construction company.

Brent is a devoted family man who enjoys spending time outdoors with his wife and two young children. Attorney Warren is a member of the Mass Bar Association, Plymouth County Bar Association, and Rotary Club of Brockton. He also serves on the Board of Governors with the Old Colony YMCA and is a director for several non-profit organizations.

To schedule a free initial consultation with an experienced Brockton, Massachusetts, general practice lawyer, contact us at 508-587-0533.